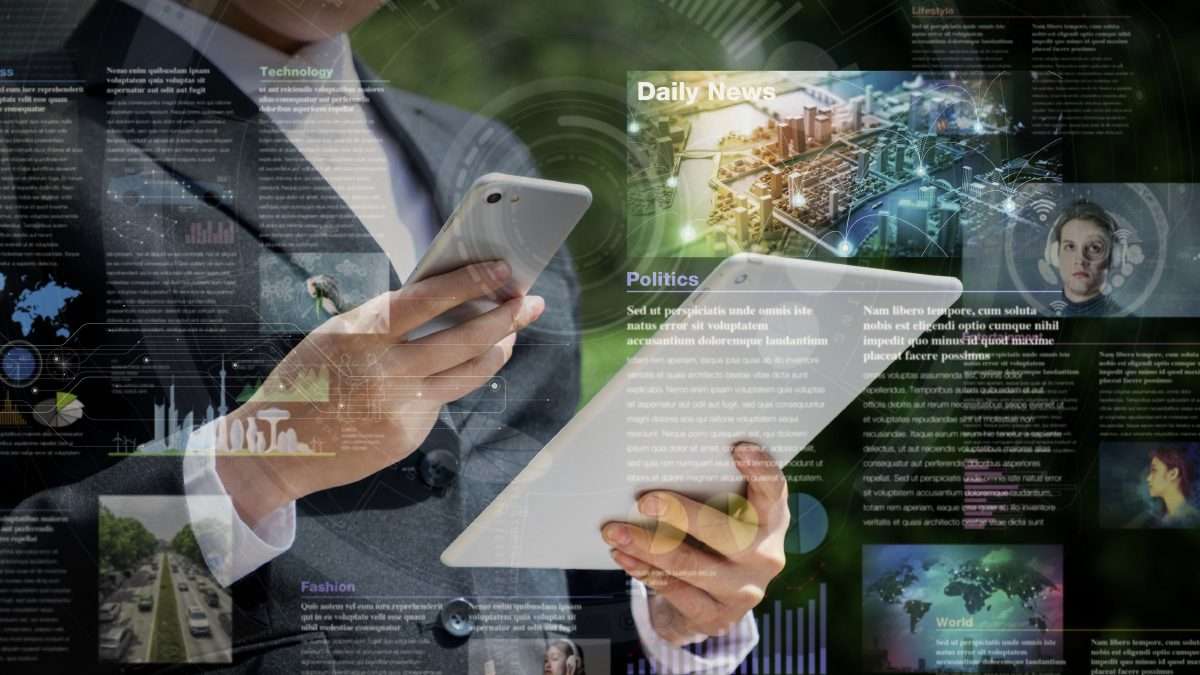 Much of the news content on social media comes from traditional news outlets, such as NBC News or the Washington Post. Traditional media companies are doing what they can to engage customers online. As a result, an increasing amount of traditional media revenues are coming from digital platforms. For example, the New York Times reports 35 percent of its ad revenue comes from digital; for Forbes, the number is a whopping 70 percent.

Content generated by members of the public is growing on social media as well. Opinion blogs and online content are popping up on social media feeds all the time—and that content looks and feels like a valid source of news for the public. Though many distrust online news, the material is being consumed and shared in growing numbers.

According to Pew Research, almost 40 percent of Americans say they get their news from Facebook. And those social media users are happy to share and create their own content online. A paper by the Columbia Journalism Review states, “Social media hasn’t just swallowed journalism, it has swallowed everything. It has swallowed political campaigns, banking systems, personal histories, the leisure industry, retail, and even government and security. The phone in our pocket is our portal to the world.”

Because consumers are in direct control of their social media feeds, they can unknowingly limit the kind of information they see—which can cause polarization, as well as politically and socially uneducated people. The Columbia Journalism Review says, “People today are exposed to news mixed with gossip, opinion, hot takes, and branded content, from a variety of sources but often through a single platform–mainly social networks, which tend toward a clustering of like-minded individuals.”

Some social platforms have taken special care to add variety to their users’ feeds and try to be unbiased in the news they promote. For example, Facebook released a statement that they were changing the algorithms for their “Trending” section to reduce the spread of fake news. They decided to stop pulling news articles that were only covered by one platform or publisher, and have stopped tailoring news topics to the users’ preferences. These efforts show that while social media is on the rise, it still has many obstacles to overcome.

So what does this all mean? While social media news coverage is very popular, it is not highly trusted. And despite all the accusations of bias against traditional media, research shows it remains the most trusted source of news. So both social and traditional media have a significant role to play. It’s up to consumers to be discerning as they use both.

How To Create an Effective Public Apology