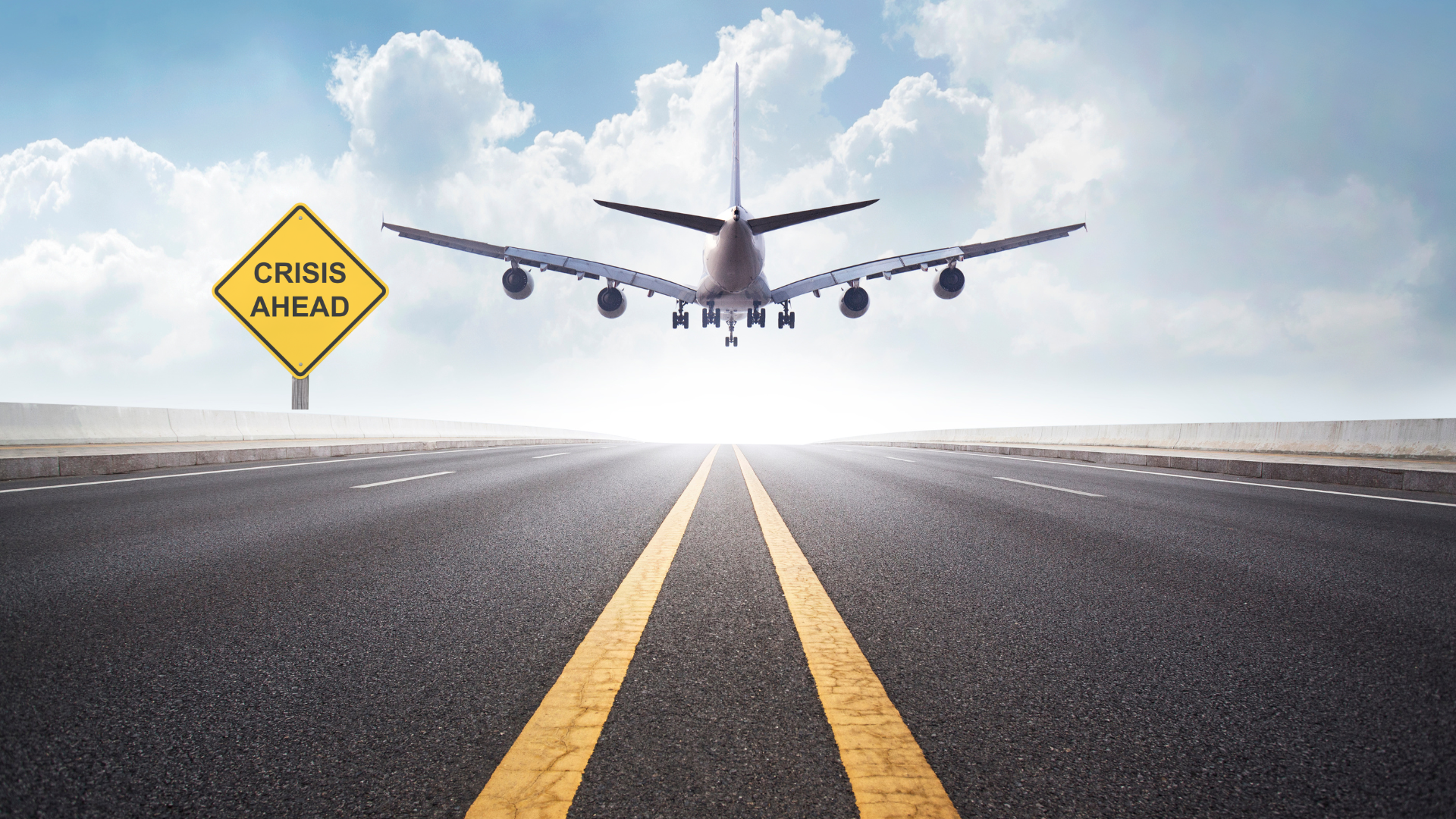 The lack of a credible source is the most significant rumor-causing factor on social media during crises. Nowhere is this more apparent in aviation during an aircraft incident crisis response.

During an aircraft incident, airports, airlines, manufacturers, and affiliated agencies should have a crisis plan in play that includes the following three goals for social media communications:

Let’s look at a real-life scenario. In 2018, Southwest Airlines flight 1380, a Boeing 737-700 en route from New York’s La Guardia Airport to Dallas Love Field, experienced an engine failure 20 minutes into the flight. Debris damaged the fuselage. It smashed a window, causing rapid depressurization of the cabin, and killing a passenger.

During this unfortunate incident, a passenger streamed images of the unfolding crisis and potential disaster in “real-time” using the airline’s onboard Wi-Fi service. Passenger Marty Martinez went live on Facebook, said goodbye to his family and friends, and was the first to stream and post graphic images and video of an aviation incident live across social media to a broad audience.

Within minutes of the incident, the Southwest communications team began receiving calls from the media. Immediate next steps included posting confirmation of the incident on Southwest’s online channels and publishing updated statements and videos internally and externally throughout the day.

Southwest’s plan included temporarily changing its digital platform branding to a ‘dark’ version pre-produced in the event of a crisis–a plain blue with a monochrome logo. Southwest canceled advertising and other promotional activities and halted publishing the next in-flight magazine so the CEO could rewrite a sensitive column. The communications team also removed all photos, logos, and other assets from its digital properties and any platforms that could appear inappropriate or tone-deaf.

Supported by the appropriate steady stream of messaging published across Southwest’s social media, media and press interest focused on two key storylines–the investigation of potential metal fatigue in the engine fan blades and the exemplary performance of the crew, captained by a female former US Navy fighter pilot.

While the news coverage was mainly negative, conversations on social media were more balanced. In particular, the airline’s social media response was praised as timely and transparent.

With proper planning before an incident, social media communication during and after an incident can distribute timely information, help control anxiety and work to suppress reputation-damaging rumors. While IATA offers Social Media Crisis Guidelines, Tucker Hall can work with you and your company to develop a tailored crisis plan that includes a conscientious digital strategy and leveraging social media to help meet these planning goals and protect your reputation.

Tucker/Hall VP Theresa Collington has over 20 years of deep digital and social media strategy experience. She is a guest lecturer for Media Relations in Aircraft Accident Investigations at Embry Riddle Aeronautical University. Theresa can help you develop or review your aviation incident crisis plan, perform tabletop exercises, and update your incident strategy to include the latest best practices on digital and social media platforms. You can reach Theresa directly at tcollington@tuckerhall.com.

How To Perform a Social Media Audit

Crisis Communications for the Coronavirus Pandemic